I have this friend. Due to a series of circumstances, she once had to pack an entire home with three generations’ worth of things, stuff all of them in massive garbage bags, and take them to the town landfill. Just like Marie Kondo’s patients, she was emotionally attached to those things – until, in the midst of it all, she came to a sudden shift in perspective:

You don’t realize how much you don’t need it until you just don’t have it anymore.

What if we all managed to come to the same conclusion without being pushed into it? What would a world without ownership look like? Would it really be like John Lennon pictured it?

The End Is Near, But It’s Not the End They’ve Made You Fear

Close your eyes and picture the perfect living space. Analyze everything in this living space: the color of the furniture, the light, the plants (are there any?), how your coffee table looks. Imagine everything you can think of, from the fragrance of this place to how your sock drawer looks like. 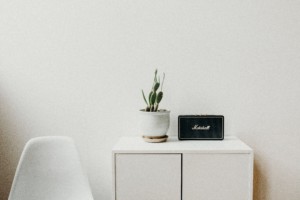 Now, surely everyone will imagine different things when picturing their perfect living space. But chances are the vast majority of people will bring some sort of minimalist design into the mix. And if there is any kind of universal truth in home design, it’s that you can’t have both a minimalist design AND a hoarding mindset cohabitating.

Marie Kondo might be less talked about than two years ago, but living unchained by stuff is still on everyone’s list.

It’s also much harder to achieve than most imagine simply because modern hoarding comes with modern problems. Why, though? Why are we tempted to buy stuff and why exactly should we stop doing it?

Why Do We Buy Things? Really

OK, maybe it’s a bit too brave to even attempt to answer this question in one short section, but let’s give it our best shot.

We buy things we need such as food and shampoo, and pharmaceutical treatment when we’re sick.

We buy things we want because they give us joy, like books, designer perfume, and cute little cushions to toss on the couch and completely forget about the next season.

People buy wedding dresses and cars and houses because society is somewhat imposing on us that certain stages must happen in our lifetimes for us to be happy and successful.

And ultimately, we buy things because shopping is addictive. And just like many other addictive things, such as gambling and narcotics, shopping gives our brain little bursts of dopamine – which makes us happy for a second and miserable at the end of the month when credit card bills flood our mailboxes. 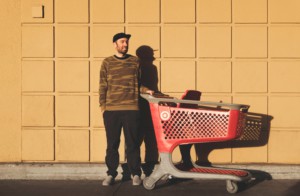 Buying is part of our lives. And, although Millennials have killed ownership, they keep on buying. More than 69% of Millennials buy clothes for reasons other than necessity. They also spend more money on ridesharing and taxi services than previous generations did. They like luxury products like phones and laptops and designer items. They keep on buying, it’s just that they’re less likely to be car owners, for example. Or homeowners (and owners of furniture, by extrapolation).

Buying things is also the kind of “activity” we are more likely than ever to leave behind. Because we now have the means to do it – and because, as you will see just a little later on in this article,

Why Bother to Buy Fewer Things?

There’s a world of reasons to buy things, indeed.

There’s also a world of reasons to not buy that many things anymore.

It Puts a Toll on Your Budget

Whichever way you look at it, Millennial debt is there. And it piles up not only in credit cards but also in student loans and other types of financial products. As of 2019, Millennials are $1 trillion in debt.

Surely, a lack of higher education accessibility and a broken economy inherited from their predecessors all play a part in this. But if we were to think of what Millennials spend their money on (groceries, restaurants, electronics, hobbies, and clothing), we could draw a simple conclusion: Millennials are also big spenders. Even more so, leaving aside groceries, most of what they buy are items that can very easily pile up around the house.

It Puts a Toll on Earth

With recycle rates in the Western world being nowhere near where they should be, the things you buy can end in only two other places:

You obviously cannot just hoard your belongings around forever – unless you really want to end up on one of those reality TV shows on TLC.

So, sooner or later, all your stuff will end up in the landfill. And that’s an issue because landfills are the biggest cause of soil pollution. And what might be even more shocking is that about 80% of the things that end up in a landfill are also recyclable BUT only 30% of it gets actually recycled. 🤯

Just like your home, Earth, its soil, its water, and the space surrounding it have, well, limited space. It’s only a matter of time until we’ll run out of space, air, good soil to grow our food on, and water for our basic necessities. And that’s only looking at how pollution affects humans directly – just in case cute animals and pretty plants aren’t on your list of things to care about.

It Makes Your House Feel Smaller

If all the things you buy don’t end up in landfills, they end up at the bottom of your drawers, and in the back of your garage, in big boxes you’ll never open again.

Best case scenario, they eventually end up in a charity pile. Which you may or may not actually take to your local charity organizations.

Until then, all the stuff you’re hoarding is taking up your space. It doesn’t matter if you live in a studio apartment or a mansion. Every tiny thing you bring into your house ends up taking up your space, little by little. Before you know it, your space is a collection of old PlayStations, broken iPhones, and clothes from when you were 30 pounds slimmer.

Marie Kondo sure has a lot to say about all that.

We get emotionally attached to our purchases, and there’s actual psychological reasons behind that. They might remind us of a better time or make us hope for a better future. They might be gifts we’ve received or gifts we’ve never given away. They might be things we surely think we’ll use one day.

Hoarding is not just a quirky pastime. It’s a psychological issue intrinsically linked to anxiety. It both generates and soothes anxiety, pushing us into an endless loop of misery. The perfect pharmakon.

Buying things has little to do with happiness. It might have something to do with brain chemistry, but that’s not happiness, and it’s not even genuine joy. It’s an addiction and, just like any other addiction, it can end badly.

The solution to hoarding is bifold. On the one hand, you should just declutter and let go.

Yet again, if you just stop buying everything that shines back at you from screens and store windows, you’ll never actually get to a point where you have to see it all tossed away (and your money along with it).

What you are looking for, in fact, are not objects. You’re not buying a pair of Manolos because you need another pair of shoes – and let’s face it, nobody needs that many designer shoes.

You’re buying it for the experience. For the way they make you feel.

You’re not buying a new bookshelf for your living room because it will be there forever, or even because you have that many books. You’re buying it for the hunt, for the feeling that a new item is giving you and how it complements your home. For a while. Until you feel the “need” to buy something new.

Most of the time, we buy stuff because of a very specific experience.

And why look for that experience in buying when there are a million other ways to get the same level of excitement and convenience without the financial commitment and environmental effects that come with it?

The end of the buying-things era is near. 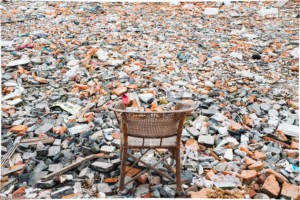 But there’s a pretty shiny future that’s shaping itself on the horizon. A future of less ownership and more sheer joy, less debt and more freedom, less object-attached misery and more oxygen for our minds.

Instead of a Conclusion

My friend never got to follow Marie Kondo and realize that throwing away her broken records and her mom’s first mixer from the 1980s was, in fact, therapeutic. She did it for a completely different set of reasons that have little to do with choice and a lot to do with circumstances.

Letting go was, however, the biggest and most valuable experience of her life.

So, circling back to imagination, let’s stop for a second and imagine a world where we’d all let go of things, focus more on the experience, and allow ourselves to breathe freely in our houses, on our planet, and in our emotional spaces?

John Lennon would surely be delighted with the idea. 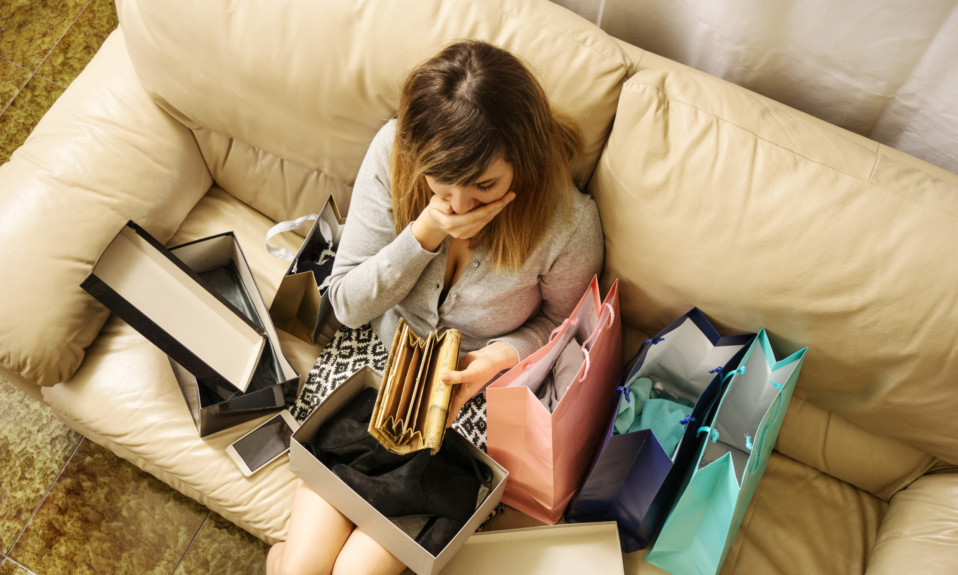 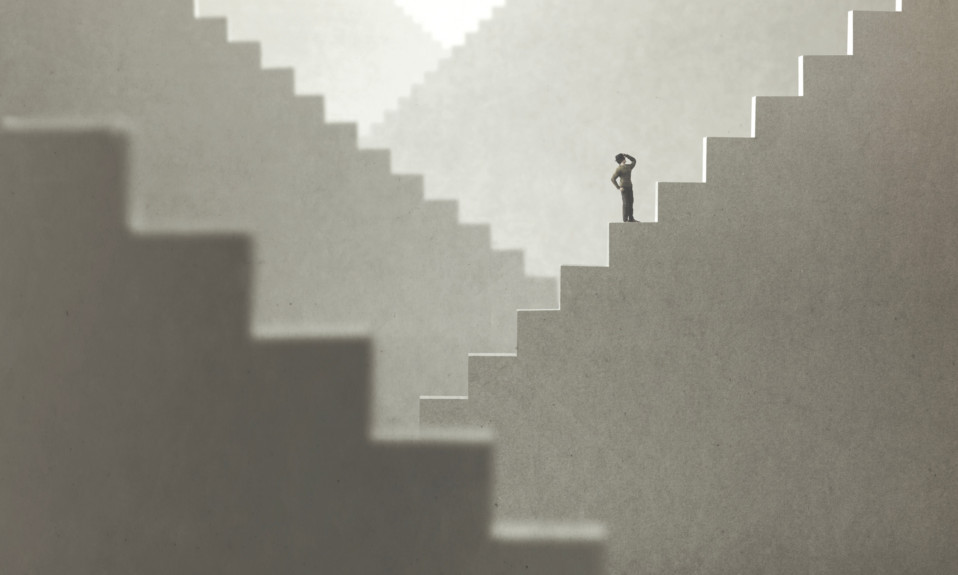 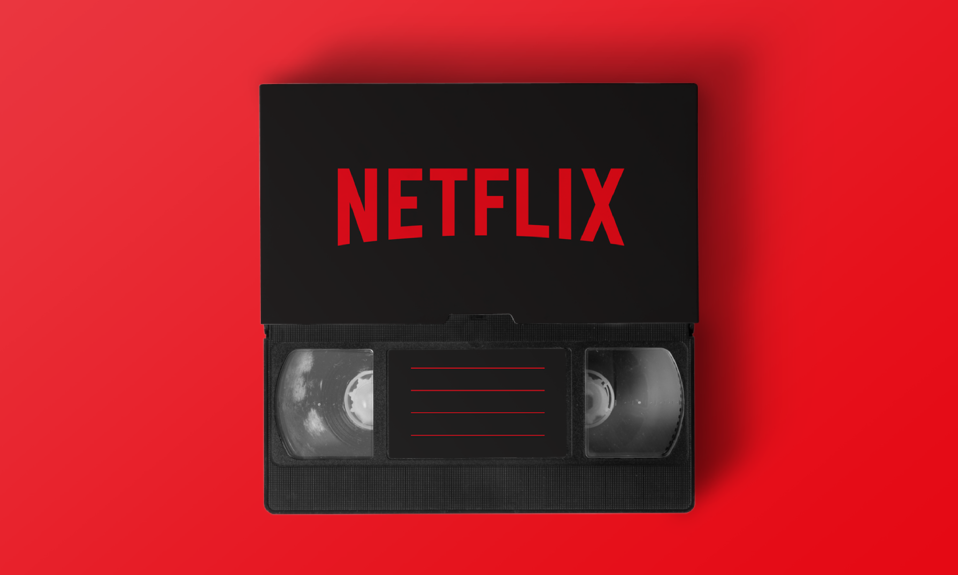 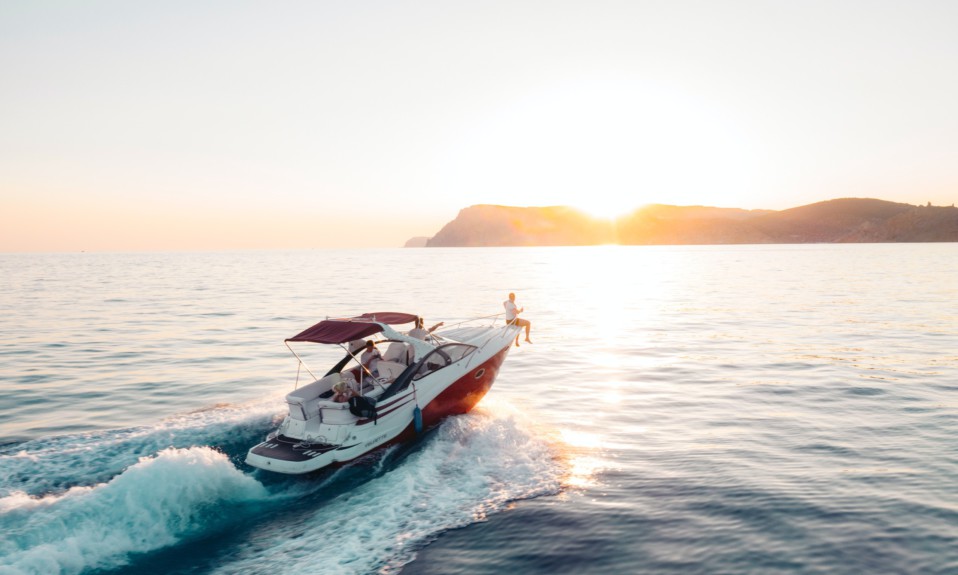